The Key Word is… Collaboration!

As of 2016, The Government Construction Strategy will require a fully collaborative 3D BIM model on all government projects. This being only one year away, has posed some questions on whether the UK construction industry is ready to adopt BIM into major projects. BIM+’s  article about Clearbox’s implementation on the Meadow Roads project using our data hub, BIMXtra, was their third most read article of 2014. So how will BIM and consequently, BIMXtra fit into a futuristic industry centred on collaboration? 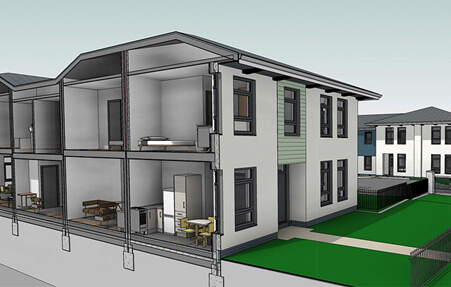 (Courtesy of the Clarkson Alliance)

The government backed BIM Task Group describes BIM as the value in creating collaboration through the entire life-cycle of an asset. Level 2 BIM adoption is the target for the ‘trailing edge’ of the industry, with COBie UK 2012 set as the minimum standard and maintained for the first part of the Gov’t Construction Strategy. The objective of COBie is to manage cost and carbon and with four data drops during the delivery stage of the project. The output is designed to be exchanged via spread sheets to keep the complexity down and training to a minimum.

So where does BIMXtra come into this?

The key word is collaboration. With BIMXtra software, information produced from different 3D modelling platforms can be consolidated and analysed. Different members of the team can then access and enhance this data through the online hub.

BIMXtra has been implemented on a number of large UK projects. These include the £177m Deephams Sewage Treatment facility and the University of East Anglia Teams from each project have embraced the software, with graduates and traditionalists alike seeing the benefits of collaboration and Big data in the construction industry.

But with the UK government strategy setting out to reduce the whole life cost of assets by a 33% and half the overall construction time of a project and its greenhouse gas emissions, the potential benefits of BIM are surely now moving the construction industry into a more technological and efficient process.